DAOLaunch will issue the “METRA Token”, which is a utility token for use in its NFT Farm function as well as assist Metra in raising capital from prominent VCs, including the DAOLaunch platform.

Through this capital and business alliance, the two companies will utilize DAOL launch’s NFT marketing support functions “DAL Launch Pool,” “DAL Drop,” and “NFT Farm” as they work to achieve the best results from their business synergies. The partnership will take on the challenge of improving corporate value and expanding business growth in Japan and the world at large.

Metra’s vision is to utilize the content taken from “virtual cycling” to integrate it into wellness and e-sports. The “Angle Project” is active as a support project for female athletes, and aims to improve the living environment of female athletes and revitalize women’s visibility in sports.

These businesses have a high affinity to the web3.0 concept of “open community”, “expanding the token economy, using valuable tokens, and providing support according to the degree of contribution to the business”, and DAOLaunch. We have concluded this capital and business alliance based on the judgment that we can expect great synergies with our platform.

DAOLaunch hopes to fully support Metra’s vision through this initiative.

As a uniform sponsor of Angel Project, DAOLaunch will also actively participate in supporting female athletes. 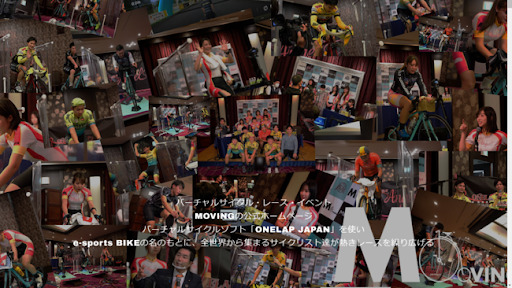 Yuka Hagino (former NGT48), Nicchiro (entertainer), Nennen (entertainer), will participate in the virtual bicycle race “MOVING Season 3 Final Tournament!” (Organized by METRA) to be held on November 21 (Sun). It was announced on November 15th that a large number of guests will appear and participate in the race. This event will be held at TV Saitama (Saitama City) with the participation of a large number of guests without spectators. Virtual cycling is attracting a lot of attention as an online sport and game that can be played indoors where the avatar on the screen reacts to the slope of the course and the resistance of the wind..

This time, a battle will be fought by professional players, talents, top high schools nationwide, and famous cyclists, and this pattern will be broadcast live on the official YouTube channel of TV Saitama from 12:00 on Sunday, November 21st. The course is HORIZON SPRINT (10Km flat), KNEE CRUSHER (15Km climb), 1Km battle! Three types of tournament original courses (1Km sprint) will be held, and any race can participate online for free from home. In addition, the much-talked-about 1Km battle race will be held as a special project this time with the cooperation of TV Saitama and SSC (Saitama Sports Commission) as “Tele-Tama Cup!” And “SSC Cup!”, respectively.

Metra token is a utility token issued on the Binance smart chain for use in NFT Farm.

By simply depositing a Metra token in the NFT Farm provided by DAOLaunch, you will be able to receive NFTs of various talents for which Metra has an agent contract virtually free of charge.

– NFT of more than 300,000 triathletes, racing drivers, talent, etc. to join about 16 people to represent the beginning of the Japan-woman cyclist “ANGEL Project”.

– NFTs with the right to participate in projects.  Additionally, we will use NFTs to disseminate the appeal of Japanese female athletes overseas, increase awareness, expand the Metra token economy, and expand the circle of competition support through support activities for female athletes