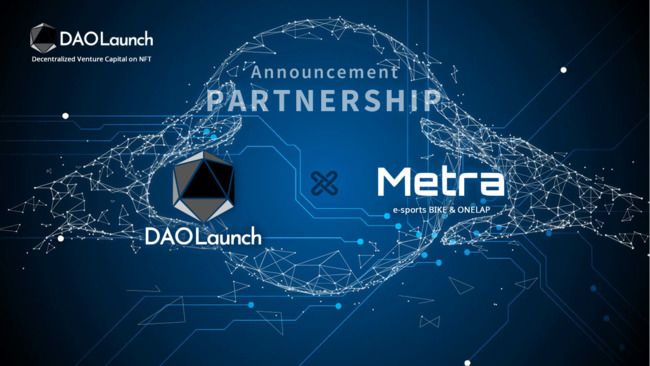 We’re glad to share with you, our community, one of the startups that are going to be launched on DAOLaunch as part of our first IDO projects. Metra Co., Ltd. is developing a virtual cycling event known as “MOVING” as an “e-sports Bike business” from 2020. MOVING has been using ONELAP which is a virtual cycling software owned by the company to host an online cycling race tournament throughout its 1 year.

This “e・sports BIKE” project was selected from more than 3,000 cases of “Sports in Life”, a project that promotes participation in sports by Japan’s local governments, sports organizations, economic organizations, companies, etc, which is promoted by the Sports Agency

– Its development of an original smart roller for real-world bicycles to connect to the metaverse.

-An original application with that uses sightseeing spots as cycling courses.

In order to boost the growth of Metra’s “e-sports bike” business centered on ONELAP, it has been announced that it will launch a joint NFT developed and operated by DAOLaunch.

In the future, DAOLaunch will host a virtual cycle event in partnership with Metra, and the partnerships will not only be limited to NFTs, but DAOLaunch will also continue to support Metra’s global expansion as a decentralized crowdfunding platform.

What is the “E-Sports BIKE” ONELAP?

Using the ‘Virtual Cycling App (ONELAP) developed by Metra Co., Ltd. in Japan, it is spreading as a new content stream in the event industry and it provides new exercise opportunities unrelated to infection, weather, time, etc. during this corona disaster period.

ONELAP requires a real-ife user to cycle on a bicycle that is connected to a smart roller which then makes the avatar in the virtual world move forward. The course is reflected in detail, and it is possible to enjoy not only cycling but also training and racing. In addition, it is possible to change the contents of the signboards in the course, and anyone can hold a paid participation event.

“The most beautiful racing driver in the world” Nanami Tsukamoto 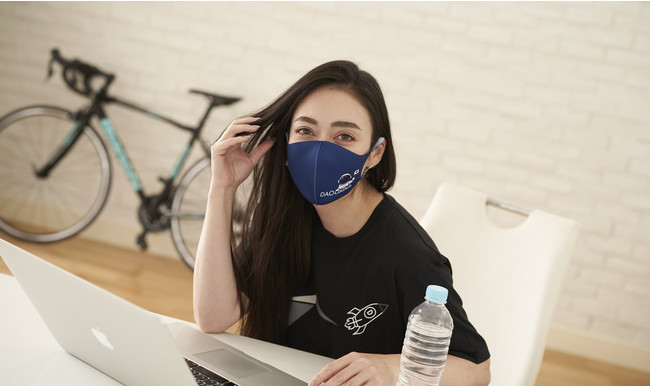 Born in Sao Paulo, Brazil (raised in Yamanashi Prefecture), she made her professional debut in 2013 and is active as the only female professional racer in the world to participate in all speed racing, drift and rally competitions. Since then, she has focused on training and supporting female drivers, and has also been active as a leader of the women’s Kart Team (JKB) that she runs.

In addition, she is famous as a female top racing driver who has a wide range of activities such as TV appearances, commercials, models, game characters, events, and writing as a talent.

She has an active and amazing social media reach and you can follow her here: 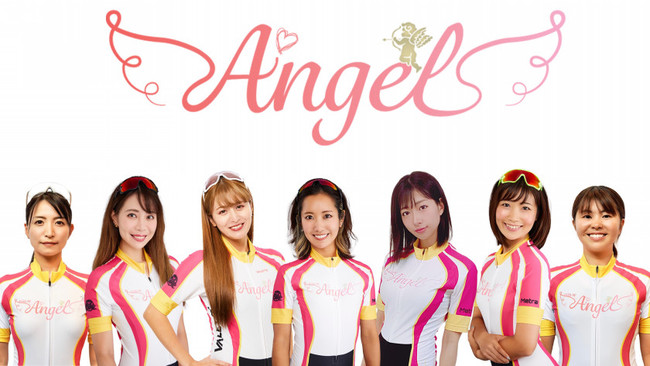 The ANGEL Project is Japan’s first professional e-sports bike team with about 16 people including female cyclists, leading Japanese tri-athletes, racing drivers, and talented people participating as part of the group. It’s a project that supports a wide range of women, particularly female athletes.

It’s formed and supported by tens of thousands of Instagram followers of cyclists. The aim is not to ‘win the race’, but to spread the competition as a ‘professional group of public relations’. We will also participate in online races, but we aim to create a team and environment that can symbolize a society where women are active, such as relieving stress by riding a bicycle while enjoying it, and spreading the experience of fitness far and wide.

Get To Know The Angle Project More

DAOLaunch connects challenging entrepreneurs and individuals directly on the blockchain to support investors, allowing anyone across national borders to seamlessly create and support new financial products.
We are interested in start-up companies that are considering alternative fundraising methods. DAOLaunch will provide marketing support up till and after you complete your fundraising rounds. We will also provide marketing services on your behalf through our new and exclusive “NFT Farm” Function.

DAOLaunch To IDO on BSC Station

DAOLaunch To IDO on Trustpad