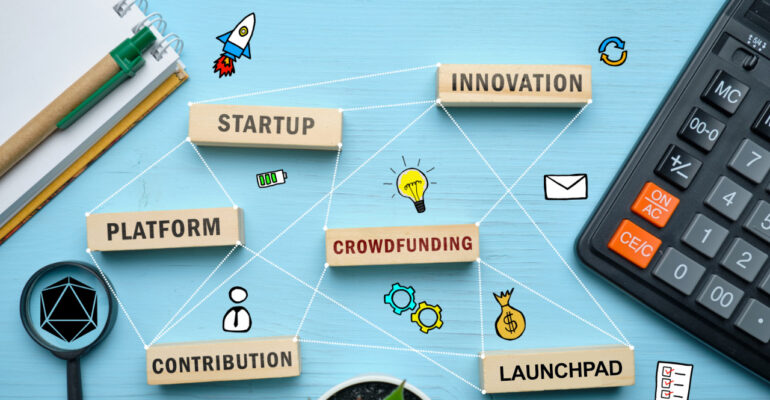 Crypto has been synonymous with a crowd and community from its earliest days. In the early decade, it heavily relied on the dedication of its early adopters to spread its message far and wide. The sense of community has become a focal point to most projects today. An active and close-knit community often impacts the success rate of a new project.

Startups and new projects have always required funding. It’s linked to the traditional market as an age-old requirement as ancient as trade and barter itself. Traditional startups have also been dependent on their closest communities to raise funding. The polarizing ‘pre-seed’ round is often referred to as the ‘Friends and Family Round’ which is raised from the friends and families of these aspiring entrepreneurs – oftentimes with deep pockets.

Venture funding has morphed and changed over the years, becoming smarter after each iteration. The truth of the matter is that the demand for capital will always outweigh the supply by a huge margin, and this will remain true for many years to come. This has led to creative solutions to this problem in the name of traditional Crowdfunding Platforms and Crypto Launchpads. The base ideas are similar: raise funds from a community of backers that believe in a project. Asides from the base idea, these two concepts vary quite intensely.

The chart below shows some of the biggest key differences between launchpads and equity crowdfunding platforms. 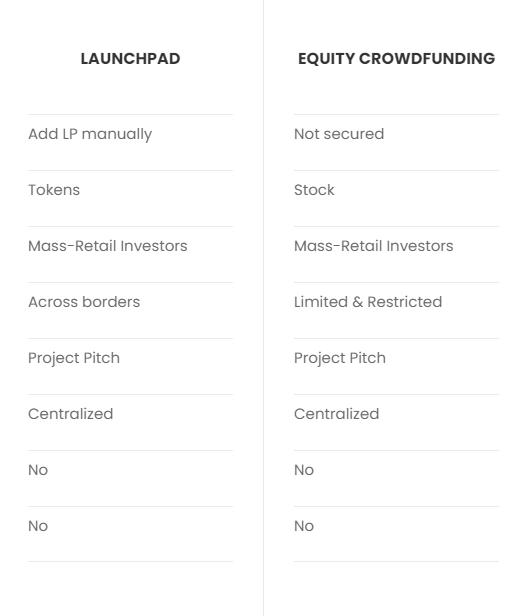 Launchpads sell tokens to raise capital whilst crowdfunding platforms exchange a small amount of equity for shares of the company. Other platforms such as Kickstarter and Gofundme accommodate product-driven fundraisers where the amount of cash paid by the retail investor is exchanged for the startup’s product. Both these platforms share similar investor types in that they attract a large number of retail investors. Leading launchpads and crowdfunding platforms usually require a KYC from each individual investor to counteract against fraudulent activity that mass funding tends to present, however, quite a few platforms on both sides have allowed investors to participate without a KYC.

The IDO boom comes after the many iterations of the ICO and STO boom where an estimated 80% of ICO projects were scams according to a study by Statis Group. The difference between launchpads and crowdfunding platforms widens quite drastically when one notes that part of the goal of Launchpad is to take companies public – in essence, the process mimics an IPO where a company goes public and its shares are tradeable as stock to many retail investors.

IDOs, in the same light, go public and become a stock market equivalent where investors can own a piece of the pie by making purchases on Decentralized Exchanges such as Gate.io and PancakeSwap.

Where IPOs are often done for companies that are very large with backings from massive venture capital firms; projects can usually IDO before their first product is available to the public.

Additionally, like stocks, IDO tokens are tradeable on markets which is one of the most solidifying differences between these modes of raising capital.

A notable disadvantage with stocks includes the hardship one has to go through to extract liquidity from a stock and move it across different countries. Regardless of how good the service from a broker may be, centralized exchanges face uncontrollable situations such as delayed listings among multiple limitations. Meanwhile, tokens and DEXes have appeared to solve most of the issues that ail the methods of old.

The Future of Public Fundraising

Raising funds with the assistance of retail investors has been gaining momentum through the IDO hype quite aggressively lately. One interesting development has been that of the decentralized launchpads. The biggest traditional VCs in the world have headed into the crypto space with the might reminiscent of shark frenzies and threatens to destablize the very decentralization the space owes its appeal.

Decentralized VCs and launchpads have come to rescue the small retail investors looking to get into early-stage deals. Established VCs are bulls in the industry, often knocking down over any hope smaller investors have in participating in early-investment rounds. When you’re a firm that boasts strong connections to the most established marketers, advisors, financiers, and go-to professionals it becomes very easy to overlook retail investors. The narrative is changing and its led by projects that are allowing retail investors the same privileges as top tier VCs. The future of venture capital in the crypto space lies in the community and empowering the community to charge against the bull, or better yet, work alongside the bull in a manner that doesn’t diminish its value.

DAOLaunch is a decentralized platform that leverages blockchain technology to connect investors directly with startups.

The objective of the platform is to bring innovative fundraising solutions to promising startups. At the same time, it empowers investors to negotiate better investment terms with startups in the same way traditional VC firms do. So in essence, the platform lets you play the role of a decentralized venture capitalist.

DAOLaunch’s vision is to build on the concept of decentralized venture capital to democratize fundraising. It aims to create a level playing field for retail investors in the startup investment industry, which has been historically dominated by institutional investors and venture capitalists. 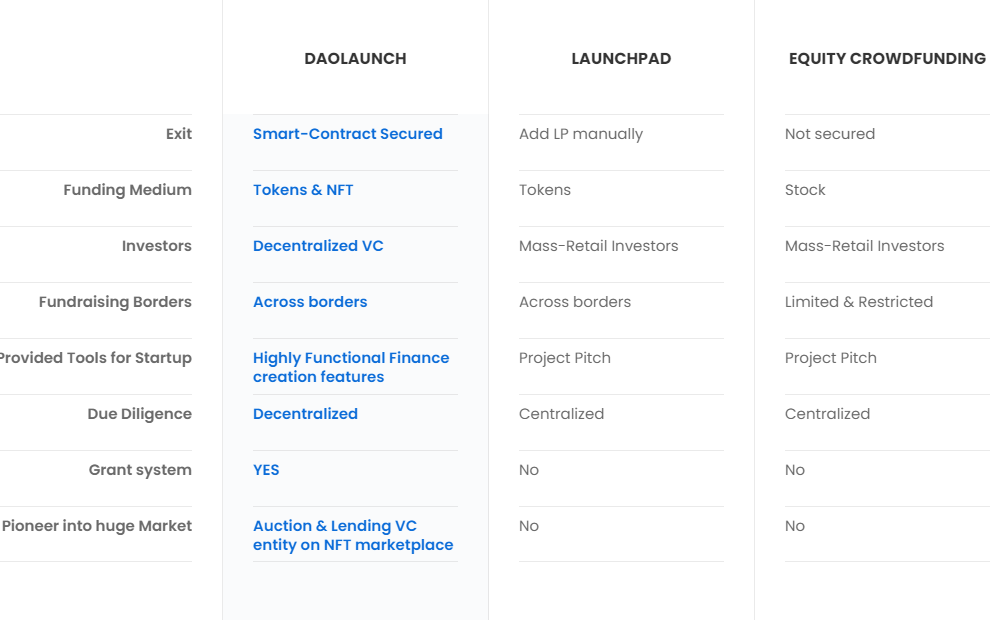 DAOLaunch: Under the Hood

DAOLaunch enables investors to brand themselves using Decentralized Venture Capital NFT (DVC-NFT). By branding yourself, you stand a chance to win exclusive benefits including favorable token allocation, seed price, and so on.

You will require DAL token to mint your DVC-NFT. DVC-NFTs have different degrees of VC power. Token price and investment allocation are determined based on how much VC power you have. The entire process is fair and transparent for all users.

DAOLaunch is to create an open and inclusive competitive environment for startup investment- the Decentralized Venture Capital concept.

The Top 5 Most Interesting Takeaways from Tales of Chain

The Top 5 Most Interesting Takeaways from Tales of Chain

How to Raise Funds