Understanding The Hype Behind NFTs, And How To Get In? 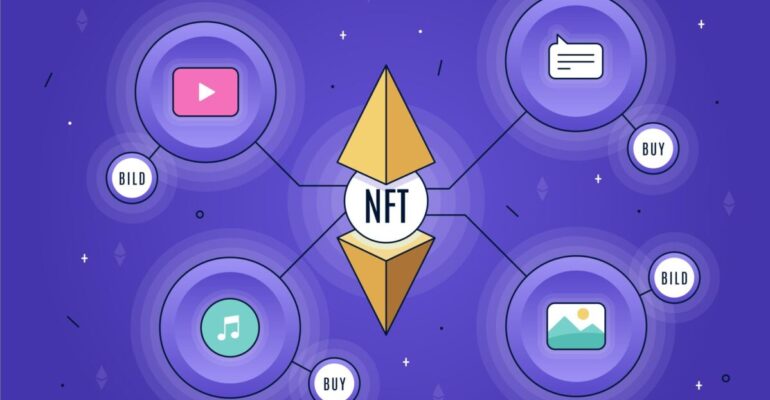 Understanding The Hype Behind NFTs, And How To Get In?

NFTs are everywhere. As of 09 September 2021, the term NFTs hit a spectacular 100 on Google Trends for the day, which is also the highest it has ever peaked. In contrast, Bitcoin and Ethereum came clocked in their respective 20s and 30s over the same time. Visa is the latest major company to jump into the NFT craze.

The payments company bought a CryptoPunk for $150 000.00 in ethereum. Yes, the world’s largest payments processor purchased a 24 x 24-pixel portrait of a man with a mohawk and facial makeup for $150 000.00. Pretty neat, right? Let’s get into the NFT its-grits.

The internet has many explanations of what an NFT is but briefly explained, a Non-Fungible Token is the proof of ownership of a digital asset. NFTs are digital art, music, fashion items, and now venture capital tokens, the list increases.

Think of an NFT as a type of cryptocurrency that can be exchanged between two parties because, like Bitcoin and Ethereum, they’re encoded with the same technology. They can be stored in wallets and are linked to the blockchain.

The only difference is that they’re attached to digital assets. By merging these digital assets to the blockchain called ‘minting’, NFTs can be tracked and have digital proof linking them to an owner.

Understanding The Hype behind NFTs

Considering that NFTs can be traced back to a 2012 concept called the Colored Coin, its current hype and traction have long been in the making. It’s super interesting to note that Ethereum’s founder, Vitalik Buterin, was a part of Colored Coin’s team. NFT’s underground traction was sparked by various projects like the 2016 Pepe Meme joining the space, followed by 2017’s CrypoPunk launch by Larva Labs.

The CryptoPunks launched as 10 000 unique NFTs that traded on Larva Lab’s marketplace and they sold out fast, mainly because they were free at first. Free, huh? It kind of makes you question where you were when the CryptoPunks were dished out for nothing only to hit a floor price of $400 000.00.
Tears.
That means the cheapest punk of all the 10 000 was trading for $400 000.00. The internet’s love for kittens also sparked the CryptoKitties growth. ‘Another fad’, a lot of us thought.

NFT trading experienced high growth but hit the bottom for two years with barely any trends and mass adoption insight. NFT’s commercial takeoff came in January of 2021, with the subsequent months blowing everyone deeper into their wallets as recording-breaking headlines were reported every month, if not every week!

There was the record-breaking NFT art piece sale from Beeple for $69 million. Stats came in that the CryptoPunks surpassed $1 billion in sales. Various other cute penguins and dinosaurs projects took off with stellar trade amounts. In the last few months alone, major brands such as Gucci, Coca-Cola, Procter & Gamble, Asics, Nike, and Louis Vuitton launched their NFT projects to engage with their audiences and introduce new uses to their existing products.

Gucci dived full-force into NFT digital luxury by releasing its first NFT as a short film inspired by its Aria collection and the bid price started at $20 000.00, making it the brand’s most expensive piece to date. The world’s leading beverage company Coca-Cola made a foray into NFTs with the auction of the Cocacola Friendship Boxes. The 4-piece collectible contained a jacket, card, audio visualizer, and a retro digital vending machine that was created in collaboration with the 3D studio, Tafi. And hear me out, the NFT collection is kick-ass spectacular!

The proceeds of the $500 000.00 sale were donated to the Special Olympics. The creativity begs the question of how far the brands are going to go with the experimentation of the different use-cases of NFTs, and how exciting this scene will look in a few years.

The hype isn’t solely generated by super SubReddits and always-on Twitter accounts that have been pivotal in spearheading the growth of NFTs. Nor the massive splashes of cash thrown at this technology by big companies, or the retail investors that have eyed these NFTs as a safe storage of wealth to yield copious amounts of money with time.

We believe the hype is driven by what seems to be an infinite list of use cases that NFTs have.

A blockchain purist will argue that there isn’t a notable use case in the EtherRock that sold for $1.3 million – but there’s a myriad of them. Listing all of the use-cases is nearly impossible, but we’ve got a few notable ones here:

Where To Buy NFTs

This is not financial advice. This is for educational purposes only.

Most of the NFTs that have generated the mainstream hype are Ethereum based, but other blockchains like Cardano and Solana are steadily catching up.

DAOLaunch is a decentralized venture capital IDO platform that bridges the gap between investors and startups. DAOLaunch’s #DAOPunks are a series of 100-only unique NFTs special to DAOLaunch’s platform. The 100 DAOPunks are going to be given away as airdropped tokens to lucky DAOLaunchers!

The DAOPunks are not a simple jpeg NFT on the blockchain. They are what we call the Decentralized Venture Capital NFTs, coined the DVC-NFTs. These utility-driven NFTs allow holders the ability to brand themselves as venture capitalists on-chain, in one of the most creative innovations in the DeFi-NFT space to date. The holders of DVC-NFTs will get favorable token allocation and seed prices of startups that launch on the DAOLaunch IDO platform. The holders of these special tokens have governance rights that allow you to vote for the startups that you believe should receive the DAOLaunch grant called the IBO (Initial Buy Back Offering).